It’s all in your head…and arms, and legs 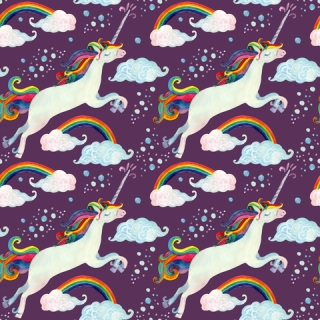 Firstly, can I make something clear. I am not having a pity-poor-me festival here. I am fine. Not brilliant, but fine. I am not attention seeking and I do not need well wishes. I am well-armed with kittens, Tunnock’s caramel wafers, duvets and two episodes of The Missing to catch up on. I am well-versed in managing anxiety and stress – which I guess is is a bittersweet statement. But it’s scarier when you don’t know what your symptoms are – just as my friend Paul said in my article about his early experiences of it.

Some people still assume that mental ill health is all in the head. I read an online statement to that effect only a couple of weeks back. I am not just ‘worried’ – there are physical symptoms too. But from mine and Paul’s experience, we know that if you don’t recognise them for what they are, you can worry even more. So I thought it was worth sharing some of mine on here.

Mind you, I am worrying a little now. So can I just say something and get it off my chest? Even though I champion all this sharing of mental health experiences and sound pretty confident in doing so, right now, I am (if you can’t already tell by my preamble) really worried that I come across as attention seeking. And another thing (I sound like I’m in a confessional now), I was off work with a ‘stomach’ problem a couple of weeks back. I did have a stomach problem – but the cause wasn’t a dirty chicken madras. It was anxiety. I never actually logged the cause, just the symptom. So this time, I have logged the cause. Because it’s time I practised what I preached.

So let’s start there – with the most unattractive of physical symptoms….

On Friday night, I legged it out the living room at full speed to stick my head over the netty and retch. This was not booze induced, brought on by a virus or created by me wolfing down ‘vomit fruit’ or ostrich anus  (yes, I watched I’m a Celeb last night – big up Scarlett and Carol for their bush tucker challenge). This was anxiety. Every time I tried talking for the next half hour I had to keep pausing because my throat tightened up and I thought I might chunder. I actually didn’t – it was all just a great big retch. And, I wont linger on this one, but there have been other reasons for me stopping mid conversation and dashing to the loo as well recently. I saw my doctor the week before last about it, she said it could be my meds. Apparently Sertraline can do that. But I’ve been on this level before. And these symptoms always happen in conjunction with other anxiety symptoms, such as….

I’ve recently dropped out of Slimming World (*slaps wrist*) but it doesn’t matter, because I’ve had several days recently where I didn’t feel like eating a thing. Luckily (or unluckily if you consider my Slimming World objectives), it doesn’t last a full day, and I usually find by 7ish that I can tolerate a pizza and a caramel wafer on my empty stomach.

Prickling sensations in my forearms

I never actually experienced this until 2015,  which coincided with me taking antidepressants for the first time. So when it happened, I wasn’t prepared for it and I did think it was some kind of strange physical illness that was going to spell the death of me. Both arms experience a prickle that races up to the elbows. It’s intensity varies depending on the situation. On Tuesday morning, I woke up with it, which wasn’t nice.

And not in the same way that it did when I watched River Phoenix on the big screen as a teenager. It pounds out of my chest and I can even feel it in my pillow, pulsating through my ears. Give me a teenage crush and unrequited love with a movie star any day of the week over that.

All of the above contributes to this, as does….

In my opinion, this is the most unbearable of symptoms. It doesn’t sound like much, but anyone who has experienced Restless Legs Syndrome will know how truly awful it is. I had it last night. And the night before. You get into bed and start to feel comfy. Then you just have this uncontrollable urge to move your legs. You sleep on your side, your back, your front, diagonally, with your knees bent, your socks on, your socks off – nothing works. The bit I hate most is upsetting my sleeping partners – Chris and Dennis (don’t panic, Dennis is my ginger tom cat – there’s no weird ‘keys in a bowl’ stuff going on). The amount of times I have got out of bed and slept in the spare room because the thought of disturbing someone else’s sleep makes restless legs worse. Another thing that makes it worse is caffeine. So I need to cut down, but that’s hard when you feel….

Imagine running a marathon. Well, I can only imagine it – I’ve never actually done it. But imagine how tired you might feel afterwards. I can only assume my exhaustion is because my heart has been going at the same pace as if I were out running at full speed. It wears me down. My thoughts too – never stopping, racing through my head. But I am stopping today, as I did yesterday afternoon (as soon as I realised checking work emails and keeping on top of the housework wasn’t doing me any good whatsoever).

Isn’t anxiety an attractive condition? Friday night, I must have woken up like ten times, completely soaking through. And then you feel cold, so you wrap your dressing gown around you, get back in, and, half an hour later, you’re sweating again. And so on…I have had complete blood tests done on more than one occasion to investigate this. Both times the GP told me it was probably anxiety related. I didn’t believe them at the time. How can I be anxious when I’m asleep? But I think there’s definitely something in it now.

So these are the symptoms I have experienced since Friday. But there are more – feeling faint, palpitations, hyperventilating and the like. And everyone is different – so people probably experience many more that I don’t.

And from what I understand and have read, its not just anxiety and stress that generates physical symptoms. You hear about depression and its impact on bodily aches and pains, change in energy and sleep patterns with bipolar, amnesia and blackouts with dissociative disorders. The list goes on.

So it’s not all in your head. And we should all be aware of that. But for now, if you need a step by step guide to chilling the f**k out, take a look at Marzi’s anxiety illustrations – particularly numbers 5, 7, 8 and 9 in this link. Kittens are my kryptonite (although the one currently climbing the curtains and chewing the ribbon laces on my Dr Marten’s isn’t having a particularly calming effect on me right now!).